Since the beginning of 2021, with the famous Brexit, moving to England has become more complicated than before. So to best support you in your expatriation project, here are the essentials to know.

Know first of all that now in the United Kingdom you will have to find a job before you can leave to settle. To obtain the precious visa, the administrative procedures are quite long: so be patient!

Once you have your visa in your pocket, on site, a new life is offered to you, you discover a culture, landscapes… and professional opportunities are deemed to be more numerous and more egalitarian: try your luck across the Channel!

Why move to England?

Living in England has many advantages. First, the United Kingdom is very close to France, which will allow you to come back regularly, so as not to miss family celebrations or meetings with friends, for example. Geographically, we are still in Europe, so the cultural shock, although existing, is less important than if you leave, for example, to live in Vietnam. Daily life basically works the same way: transport, supermarkets… you shouldn’t be too lost.

England is one of the oldest countries in the world, its history and culture are immensely rich. Throughout the territory, you will be able to find the castles of the great period of the Middle Ages. The monarchy and the history of the royal family punctuate the daily life of the English. England is also a diverse art scene. Lovers of music, cinema or even works of art will be delighted! Be aware that many museums are accessible for free.

To settle in England is to immerse yourself in one of the nations of the United Kingdom. This country brings together four nations: England, Scotland, Wales and Northern Ireland, and each has preserved its history, customs and traditions. From London, a simple train journey of a few hours will transport you to Scotland and you will then be completely out of place, in particular “thanks to” the Scottish accent (good luck for understanding!). 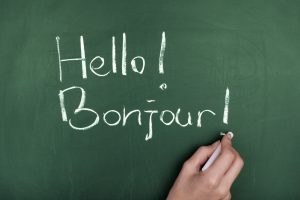 Unsurprisingly, English is the language spoken in England. An advantage for you who have probably learned it at school. So you should arrive with some linguistic baggage. Moving to certain countries can sometimes be a real challenge in terms of learning the language. In England, even if you have some shortcomings, learning will be quick and the English are often patient with foreigners who make the effort to assimilate their language.

If you want to improve your level of English before the big departure, discover our tips for learning English effectively.

Ease of getting around the country

Getting around the UK is very easy, especially by train. Let’s not forget that it was in England that the locomotive was invented. The trains crisscross the country, very comfortable and punctual, you can explore your host country easily and at a lower cost.

Although the English drive on the left, on site you can drive with your French license if you obtained it before January 1, 2021.

Car insurance is also compulsory on the other side of the Channel and works in a similar way to France: you can even use your bonus obtained after many years without accidents in France. You will have to be patient to find a company that agrees to take it into account, but it is doable.

The job market in England

The job market in England is dynamic and has a fairly low unemployment rate (around 4% in November 2021). Anglophones place more importance on past experiences than on qualifications and are more inclined to offer opportunities to those who show themselves to be enterprising.

When looking for a job to live in England, make sure to update your LinkedIn profile, the English are very good at networking. Having a good level of English is of course essential, but do not be too demanding of yourself, tolerance is greater than you think in England.

England taxes its fellow citizens more than France, the tax is calculated on the gross and not the net, and the tax brackets are less progressive. The good news is that personal taxation is easier. Indeed, if you only have one employer, income tax being deducted at source, you do not even need to file a tax return.

Although moving to England has many advantages, life there is not perfect either, there are some disadvantages. The first and probably the best known: the weather… The sky is often gray in England due to heavy rainfall, especially in Liverpool, Plymouth and Seathwaite. The air remains fairly cool throughout the year and temperatures rarely rise above 25 degrees. Be aware that in winter, night falls very early, so the sun is not very visible.

However, some regions of England enjoy a pleasant climate, this is particularly the case in Cornwall. The point located at the extreme south-west of the country benefits from a microclimate, a certain mildness reigns throughout the year.

England is also a country popular with tourists thanks to its history, its culture and its breathtaking landscapes, especially on the coasts in summer. We therefore often find many vacationers gathered in the same places which quickly become overcrowded. In summer, the English themselves flock en masse to their beaches.

London, the capital is a veritable open-air museum, the cultural city is home to unmissable emblematic monuments: the Tower of London, Tower Bridge and Buckingham Palace. Recognized worldwide, it attracts a record number of visitors every year, around 30 million international visitors.

Obviously, Brexit has complicated relations between France and England. Beyond the need for a visa to settle across the Channel now, all exchanges are being disrupted. Thus, anyone wishing to visit you will necessarily have to have a passport, the identity card is no longer sufficient. It should also be noted that from now on, the sending of parcels between the two countries is subject to international shipping rules, so pay attention to customs fees and taxes.

The cost of living in England 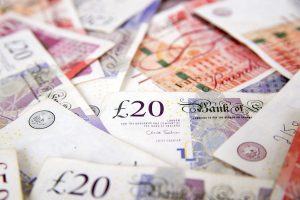 Transportation is generally more expensive. In London, for example, the monthly subscription for public transport in zone 1 & 2 (centre) is £147.50, or €177. However, if you live in the provinces, the cost will obviously be much lower.

As for the food, it is rather comparable to French prices, as is gasoline or leisure. A cinema ticket, for example, costs on average £10, or €12.

Rents are also very variable, depending on where you settle. Like any capital, London displays very high amounts, but by moving a little away from the center, it is possible to find a house at a reasonable price. In other major cities of the nation, it is easier to find accommodation.