Simultaneous development of Android and iOS allows you to get 60 to 80% savings and a 234% higher ROI than a native application.

Favoring the hybrid is therefore a real saving of time and profitability! Want to know how to build a hybrid app? Let’s find out the coding differences between these 2 systems, the reasons for processing them in parallel and how to start developing Android and iOS!

What are the differences between app development on Android and iOS?

When you develop a specific application for Android or iOS, it is callednative app. Each of these platforms has its own programming language and technical specifications.

While Android apps are mostly built with Java and Kotlin, iOS apps only require Swift. The main difference between these two programming languages ​​is the ease of development.

With Swift, you have to write less code. Development on iOS is therefore faster than on Android.

Another important difference between Android and iOS development is the integrated environment (or IDE).

For development on Android, you need to use Android Studio. Launched by Google in 2013, this tool has a wide range of features. This IDE has cross-platform support and many development and debugging options. Android Studio makes it easy to quickly create multiple versions of your app for different mobile devices.

IOS developers, on the other hand, rely on the Xcode tool, offered by Apple. The Apple-branded development environment also benefits from a wide variety of components to create your application, fix bugs, modify sources and check compatibility on all Apple terminals.

Android Studio and Xcode both offer an easy to use and intuitive interface.

In reality, there is little difference when it comes to the Android or iOS IDE. Some developers prefer XCode for its ease of installation, but they may have limitations when creating large projects. Android Studio fans love it for its advanced code editor and intuitive layout designer, although the tool sometimes consumes too much memory.

One of the main differences between the development of Android and iOS is the support for the screen size. Apple only offers a limited collection of devices and therefore little difference in resolution or screen size. Android, on the other hand, is installed on a large number of media, in various formats.

Suffice it to say that the coding is more complex for the latter. You have to adapt the graphics to all devices, which means that the display of your application must be checked regularly, via simulators. The goal is to provide a seamless experience for all users.

Android apps are published on the Google Play Store. But first, they go through a review process that includes automated testing.

However, the Mountain View company simplifies this process so apps are referenced quickly. It also demonstrates flexibility, as if denied, developers can correct errors or problems and resubmit the application in less than 24 hours.

For iOS apps, you need to wait at least 7 days. Before being published on the Apple Store, are vetted by human experts who check many points, including safety. Unlike Google, repeatedly submitting a question is frowned upon by Apple. It is advisable to offer, for the first time, a product that meets all the standards of the apple brand.

Why promote the hybrid development of Android and iOS?

Developing an app for each platform takes a lot of time and work. While the development of Android and iOS in parallel generates many advantages:

A native experience with a simple backend

A hybrid application combines a native user interface with a simple back-end framework. Result: on both Android and iOS, mobile users benefit from a unique experience. Even if you make fixes and updates on all platforms, the user experience remains smooth. 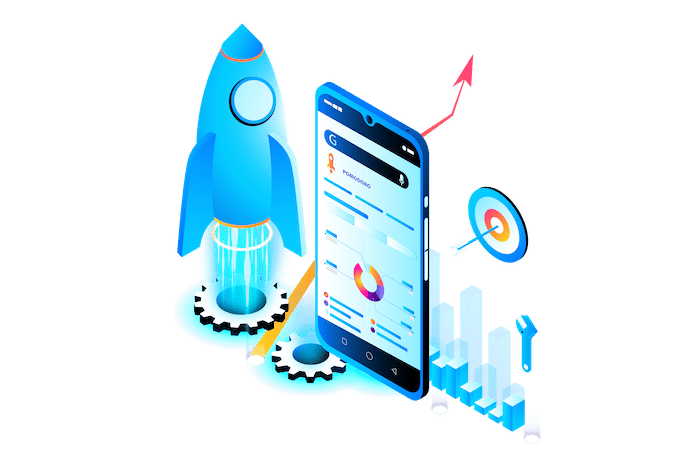 An app developed for Android and iOS offers a lightweight interface that quickly loads content and graphics. Easily adapts to the screens of different devices for quick data visualization.

Plus, hybrid apps use the device’s operating system and its built-in features, without adding additional overhead. This allows you to innovate with new features for your target audience. You can deliver performance that sets you apart from the competition.

Android and iOS development is less expensive, as you only develop one application. Reduce working hours. Ditto for updates! No need to develop them on different platforms, kill two birds with one stone.

The development of a hybrid application is not based on complex programming languages ​​such as Java, Objective C, SDK (iOS or Android). Instead, professionals combine HTML, JavaScript, and CSS, resulting in a simpler mobile development framework.

This approach allows you to target Android and iOS without having to maintain two code bases. This greatly reduces the time to market, as the application can be published on different app stores with a unique code.

70% of users abandon an app because it takes too long to load. The offline accessibility feature solves this problem.

Hybrid apps use the device API to retain important data even when there is no internet connection. End users can then have uninterrupted access to application data without performance issues.

How to start developing Android and iOS?

To improve the profitability of your application, here are some rules to follow when developing a hybrid application!

It all starts with the essential purpose and functionality of your app. What does your application need to accomplish?

Setting design priorities determines the complexity of the development process for both platforms. You can also anticipate the elements to add or remove, so that your application achieves its goal on iOS and Android.

2. Find the similarities with the two systems 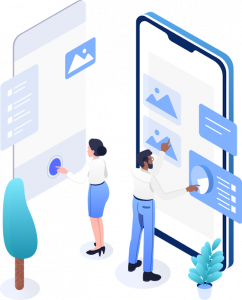 Android and iOS are similar in some ways. For example, buttons and push notifications are relatively similar. The icons follow the same pattern, which simplifies the design process.

These commonalities mean that the transition between Android and iOS will be simplified. The more you find, the faster you can build the basic structure of your application so that it works on Android smartphones and tablets as well as on Apple terminals.

Just as you listed the similarities, we now need to consider the disparities.

The most obvious difference? Apple devices don’t have a “back” button. It is therefore necessary to take this particularity into account. In order not to hinder the user experience, provide a back button integrated into the interface of your application.

The differences between the two systems also concern fonts, menu structure and ergonomics. By anticipating these disparities, you can, from the very beginning, look for solutions to erase them and offer an intuitive application on iOS and Android.

4. Run the tests on all platforms

Hybrid development of Android and iOS doubles the amount of testing to run. Don’t even think about skipping it! You will need to check the performance of your application on each media on which it will potentially be installed.

To this end, in your back planning, remember to allow more time before the product goes online.

5. Use the right tools

There are tools designed specifically to help you develop an app for Android and iOS. Among these are: 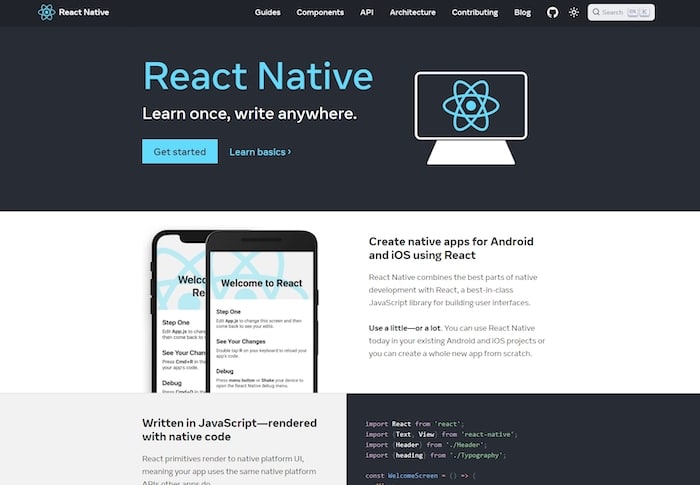 With support for each platform’s native functionality, React Native helps developers create code that can be used on the web as well as Android and iDevices devices. 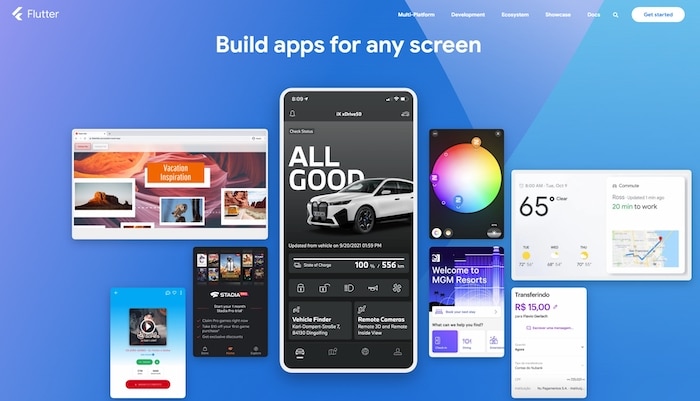 In 2018, Google was launched Flutter ! This development kit for Android and iOS uses Dart as its programming language. You can therefore create applications dedicated to mobile phones (Android and Apple), but also to the web, connected TVs or desktop.

Its intuitive interface and its many features are appreciated by most professional developers. Among its main strengths we can mention:

For a successful application, you need to make sure that your chosen provider has the necessary skills for simultaneous development of Android and iOS.

Feel free to post an ad on the encoder with your specific needs, to find the freelance developer who will support you in your project!